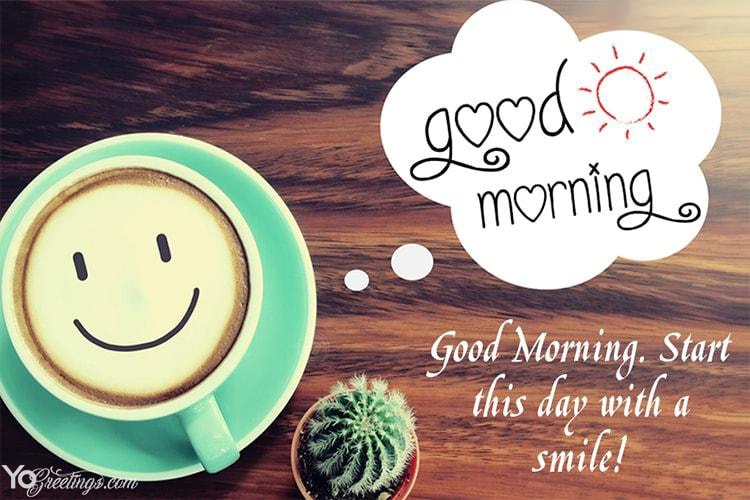 Start Your Morning with a Cup of Coffee

For ages, coffee has been widely popular worldwide, which has resulted in an abundance of coffee ranging from a hot espresso from an espresso machine or a scorching cup of jet-black coffee from a cold brew.

You may have wondered if the advantages of coffee outweigh the hazards of drinking it with too much cream and sugar. According to specialists, so it seems.

Keep in mind that coffee appears to offer some health advantages in general.

Antioxidants included in coffee decrease the likelihood of developing type 2 diabetes, Parkinson’s disease, gallstones and liver cancer, and the development of cirrhosis of the liver. Longevity benefits have also been found in coffee.

Often, it’s not apparent if coffee provides the primary health benefit or is merely linked to other behaviours that impact lifespan. But, coffee can cause anxiety, impair sleep and affect the gastrointestinal system. However, the health advantages outweigh the downside of consuming coffee.

Black vs sugared and whipped coffee

Milk and cream can impair the health advantages of coffee for various reasons. In the first place, both plant-based and dairy-based creamers contribute unwanted calories.

According to a study published in Critical Reviews in Food Science and Nutrition, milk lowers the number of coffee polyphenols that the body absorbs. To put it another way, your creamer may interfere with your body’s capacity to absorb the heart-healthy antioxidants in your coffee.

Sugar is renowned for wreaking havoc on the body, so it’s no surprise that consuming too much of it may have dire health consequences.

Monk fruit and stevia are both zero-calorie sweeteners, but their advantages and hazards vary depending on the variety.

Cold-brew vs hot brew: which is better?

According to many coffee connoisseurs, boiling coffee beans removes the delicate taste characteristics. A study published in 2020 in the journal Molecules indicated that the antioxidant and mineral levels in coffee were significantly affected by brewing temperatures.

Leaving your coffee on the fire for too long or overboiling might harm the quality of your coffee.

The beneficial components may break down if the coffee is overheated or left to rest for too long at a high temperature. It is the most important thing to remember while making coffee.

Avoid “overcooking” your coffee at extremely hot or cold temperatures.

According to research, some coffee beans are better for you than others. According to an analysis published in the journal Antioxidants, unroasted Robusta beans have roughly double the antioxidant content of unroasted Arabica beans.

Roasts that are light, medium, and dark

The longer a coffee bean is roasted, the fewer antioxidants it contains. When it comes to roasting, light and dark are two distinct categories. Light roasts, also known as blondes, are roasted for shorter periods; dark roasts are the longest cooked beans.

The verdict: Blonde roasts are the healthiest in terms of antioxidant levels. Blonde Robusta coffee, followed closely by blonde and medium-roast Arabica coffee, has the highest antioxidants.

To keep your caffeine intake in check, be selective about the beans and roast you use. Caffeine content is higher in blonde roasts than in dark roasts. As a rule of thumb, Robusta beans have a higher concentration of caffeine in each bean than Arabica beans.

Arabica dark roast is best for folks who want to avoid caffeine but don’t want to give up their morning cup of joe entirely. As far as buzzes go, Blonde Robusta will give you the most.

Coffee brewed using a French press vs brewed with an Aeropress.

The antioxidant activity and mineral content of coffee are affected by the brewing process, according to a study published in the journal Foods in 2020.

The team tried Aeropress, drip, espresso machine, French press, and essential infusion. It was observed that Aeropress brewed coffee had the most antioxidants, whereas the French press had the least.

Aeropress kept essential elements such as magnesium, manganese chromium, and potassium in its coffee. There are many health risks associated with French press coffee.

Another crucial part of the brewing process is the Aeropress’ filter. The filter, like drip coffee, protects the brewed coffee from harmful chemicals.

If you’re a big coffee consumer, you may want to consider switching to filtered coffee to reduce your intake of diterpenes, which have been linked to an increase in “bad” LDL cholesterol.

According to the study, Aeropress filtered coffee is healthier than unfiltered French press coffee.

Can wireless bras be beneficial?

Kitchener limousine Service : Why Should You Hire them?

5 Most Unique Ways to Give The Engagement Ring